Pensacola – An image appears that catches the attention of Dr. Greg Cook, an assistant professor of anthropology at the University of West Florida, as he looks intently at a sonar screen. 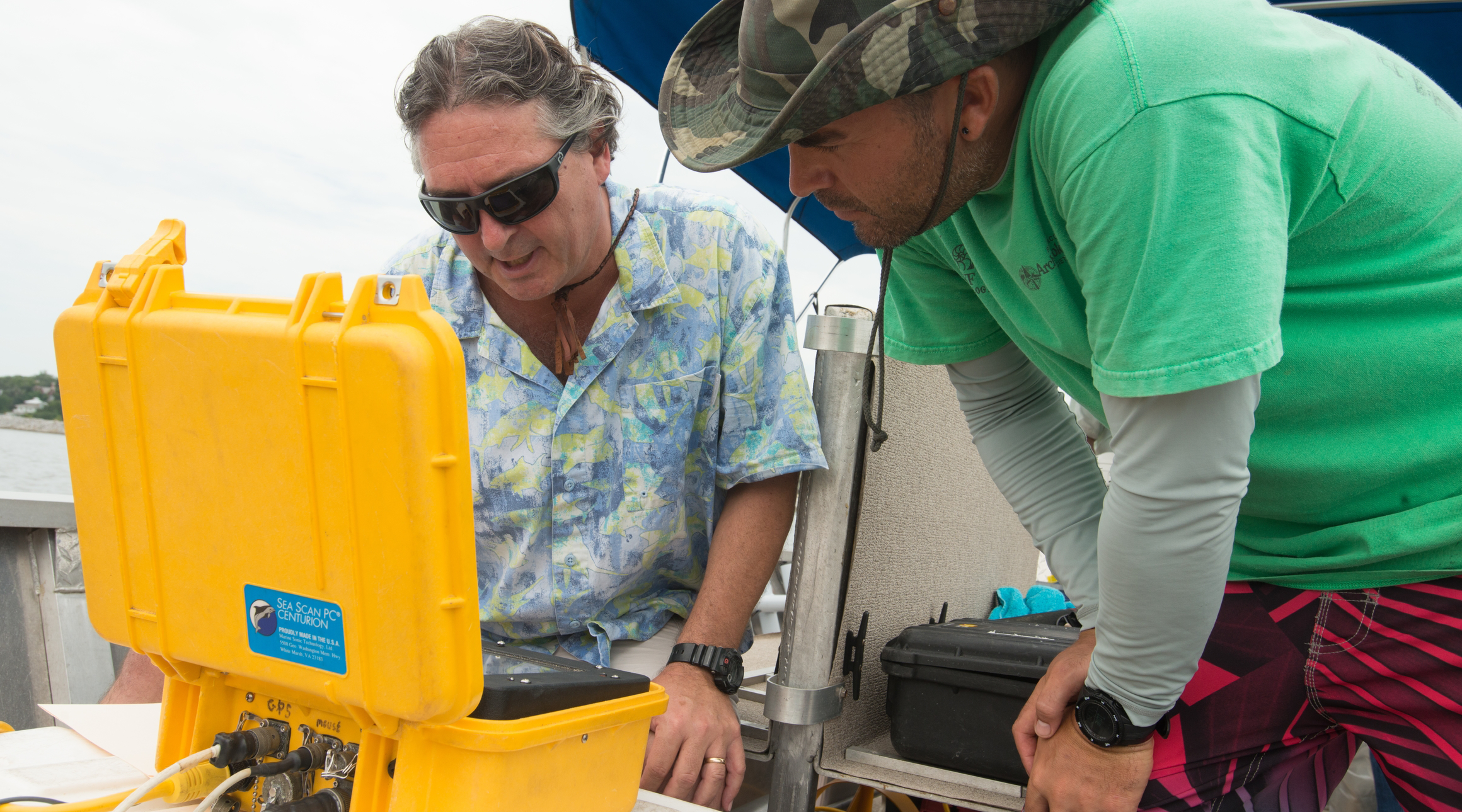 Anomalies are exactly what Cook and the students are searching for. They use both side-scan sonar and a magnetometer while on board a boat cruising Pensacola Bay.

They hope those anomalies turn out to be more wreckage from the fleet of ships explorer Tristán de Luna y Arellano brought with him when he attempted to establish a Spanish colony in Pensacola in 1559. A hurricane is believed to have destroyed seven of the vessels.

The wreckage of two of those ships have already been discovered.

The Emanuel Point shipwreck was found by archaeologists from the Florida Division of Historical Resources in 1992. Then, in 2006, UWF students, using the same magnetometer that Cook and his crew are now deploying, discovered the remnants of a second ship, called the Emanuel Point II.

“This is basically taking the earth’s magnetic field and looking for any discrepancies,” Hood said of the magnetometer. “So, any of what we call ‘hits’ or ‘spikes’ in that field can be indicative of a shipwreck.”

A Florida Division of Historical Resources grant is supporting the shipwreck research.

While Cook and his students continue to look for more vestiges of Luna’s fleet in the water, another UWF archaeological team is searching on land for artifacts from Luna’s settlement that inhabited what is now Pensacola from 1559 to 1561. The search is part of a 10-week combined terrestrial and maritime field school.

“They could be anywhere,” Cook said of the Luna ships. “The smaller ones could be closer to shore, or there could be ones farther out as well. We’re just going to blanket the whole area since this seems to be ground zero.”

While Cook said most of what shows up during the sonar and magnetometer surveys is modern debris or natural items, such as tree limbs or rocks, some of the anomalies found will require UWF students to dive at the locations to investigate them.

“We’ll have a day just with nothing but what we call ‘target-testing, anomaly investigation,’” Cook said. “That’s a key skill for these students to learn as well. If you’re doing cultural resource management, that’s part of it.”

Undergraduate students taking part in the field school will split their time working on water and on land.

“I can’t imagine a cooler field school experience than that,” Cook said.

A grant from the Florida Division of Historical Resources grant is helping to pay for the field school research.

Past summer field schools have yielded important discoveries, including the wreckage of the Emanuel Point II.

The Luna colony was struck by a hurricane a month after arriving from Mexico. The colonists were able to unload most of the ships before the storm, except for food supplies, Cook said.

“But there was one ship supposedly that was loaded and ready to go back to Mexico that was lost, and that ship may have a lot more stuff on it,” Cook said.

Artifacts from the Emanuel Point shipwrecks found so far range from pottery to cannonballs.

“We’re finding some of the munitions that were probably just inaccessible after the hurricane,” he said.

Learning how to use the sonar and magnetometer equipment provides valuable experience for students that extend beyond the classroom, Cook said.

“This gets a lot of students jobs, knowing how to run these systems and interpret them,” he said.