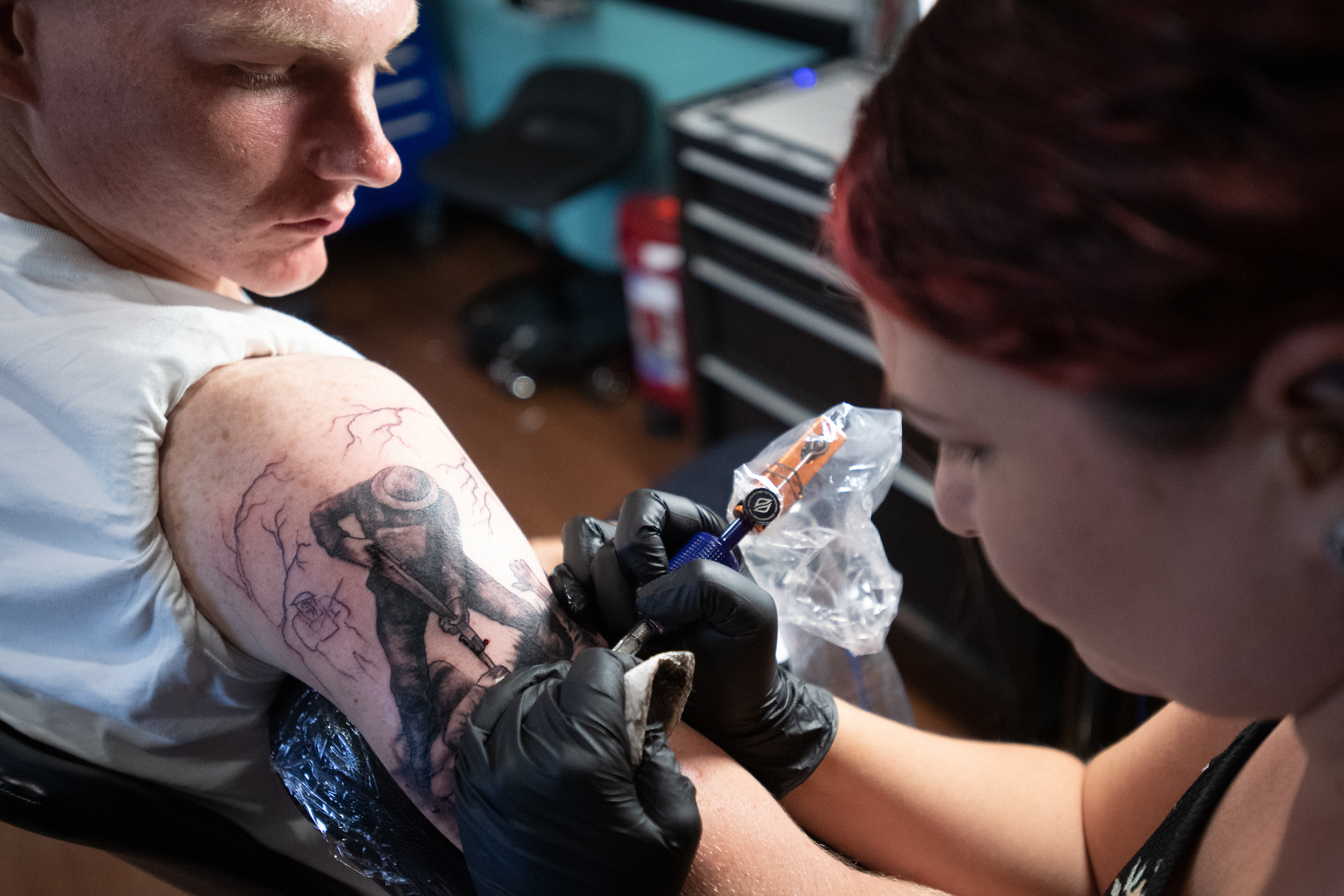 His interest in body modification and the workplace began because his much younger brother-in-law, who knew of Elzweig’s work on social media and hiring, asked him about getting an eyebrow piercing.

“He came to me and said, ‘I’m thinking about getting a piercing in my eyebrow. Is that going to hurt my job prospects?’” Elzweig said. “I told him that it probably would, and that was the genesis of the idea to start writing about tattoos and piercings in the workplace.”

Once uncommon, tattoos have become much more a part of mainstream culture over the past several decades.

“The earliest I can find on that (tattooed population) is a Life magazine article from the 1936 that said approximately 10 percent of the population was tattooed,” Elzweig said. “When they started doing more scientific studies of the baby boom generation, that number still remained around 10 percent.”

Current studies show that among adults 18 and older, between 40 and 50 percent have tattoos.

“Tattoos are becoming ubiquitous,” he said.

When it comes to hiring practices, tattoos and piercings generally are not covered by anti-discrimination laws.

“If you’re an employer, you can basically say, I don’t want to have people with tattoos,” he said.

Tattoos with religious significance are among the only tattoos that are protected by anti-discrimination law.

As more people have gotten tattoos, attitudes towards tattoos in the workplace have changed, Elzweig said.

This has affected hiring practices in recent decades. As tattooed employees – particularly those with harder-to-spot tattoos – have risen through the corporate ranks, they have helped change hiring policy, which has led to an increase in the hiring of others with tattoos.

“For the baby boomers, there is still that old association of tattoos with bikers, carnival workers, people who are in prison. They still have some of that,” Elzweig said. “They are the last generation that will care unless there is some major, dynamic shift.”