Pensacola - When St. Augustine needed a solution for how to maintain and manage its state-owned historic properties, a successful model was already in place to follow in Pensacola under the stewardship of the University of West Florida. 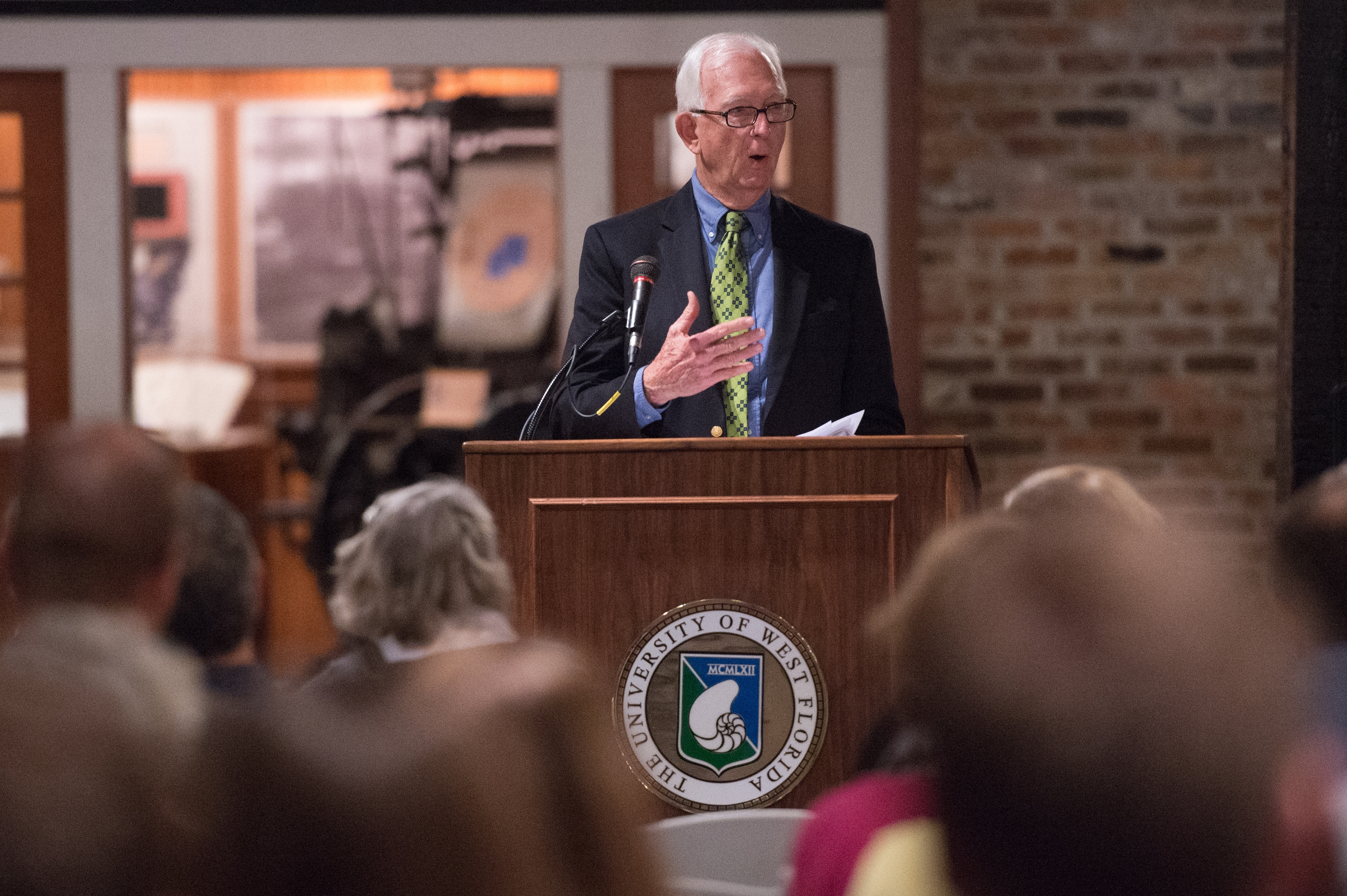 Pensacola – When St. Augustine needed a solution for how to maintain and manage its state-owned historic properties, a successful model was already in place to follow in Pensacola under the stewardship of the University of West Florida.

Roy Hunt, who taught at the University of Florida’s College of Law for nearly 50 years and has four decades of experience in historic preservation law, told the story of both cities’ efforts to preserve their historic properties during a lecture Monday night at the Museum of Commerce. Hunt kicked off the Experience UWF Downtown Lecture Series with “A Tale of Two Cities: Historic Preservation in Pensacola and St. Augustine.

In 1959, then-Florida Gov. LeRoy Collins signed into law a bill creating a historic preservation board for St. Augustine. In 1967, a similar board was approved for Pensacola.

Eventually, after years of approving historic preservation boards for more cities and counties, support waned, and the Florida Legislature in 1997 voted to abolish them. Only Pensacola’s board survived the cut at that time because of the influence of then-state Sen. W.D. Childers, Hunt said.

However, Hunt said that the “handwriting was on the wall” as to the eventual fate of the Pensacola board since Childers was term-limited. Another Pensacola legislator sought help from Florida’s secretary of state in fashioning a future for the city’s historic preservation program and management of the properties there.

“The city of Pensacola made clear that it did not want stewardship of the state’s program or the properties,” Hunt said.

Hunt recalled meeting with Pensacola News Journal editor emeritus Earle Bowden and then-UWF President Morris Marx where a conceptual plan was approved under which UWF would create an undergraduate program in historic preservation and assume management of the state’s historic preservation program and historic properties located in Pensacola.

Hunt said in 2003 the state Legislature gave approval for the historic state buildings that were taken over by UWF to be classified as university buildings and money was set aside for their operation and maintenance. 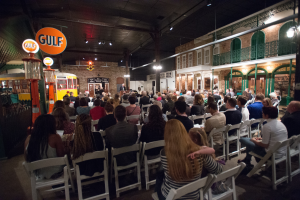 The crowd listens to Dr. Roy Hunt as he discusses the histories of Pensacola and St. Augustine.

In 2006, when St. Augustine, through its mayor, announced that the city did not want to renew its sublease for the state-owned buildings in that city, Hunt was part of a special task force created to determine what to do with the properties.

After meeting with more than 40 stakeholders, the task force decided that the best solution was to follow the university model that was successful in Pensacola. The University of Florida would sign an agreement to take over management of the historic properties in St. Augustine in 2010.

“We have really made a difference,” Hunt said. “I think we’ll continue to make a difference and I couldn’t be more pleased than to have been part of both Pensacola’s and St. Augustine’s stories.”

Dr. Jocelyn Evans, associate dean for the UWF College of Arts, Social Sciences and Humanities introduced Hunt to the audience and said he “is uniquely positioned to tell us, the Pensacola community, our own story of historic preservation.”

“How fitting is it that as we consider a major interpretative master plan for our historic properties in Pensacola that we have the opportunity to hear from someone who invested so much in making this city what it is,” Evans said. “UWF owes a great debt of gratitude to Professor Hunt for his attention, his advocacy, his commitment and his friendship.”