Dr. Kristina Killgrove, an assistant professor of anthropology at the University of West Florida, received a summer stipend from the National Endowment for the Humanities to study skeletal remains of victims of the 79 A.D. Mount Vesuvius volcano eruption. 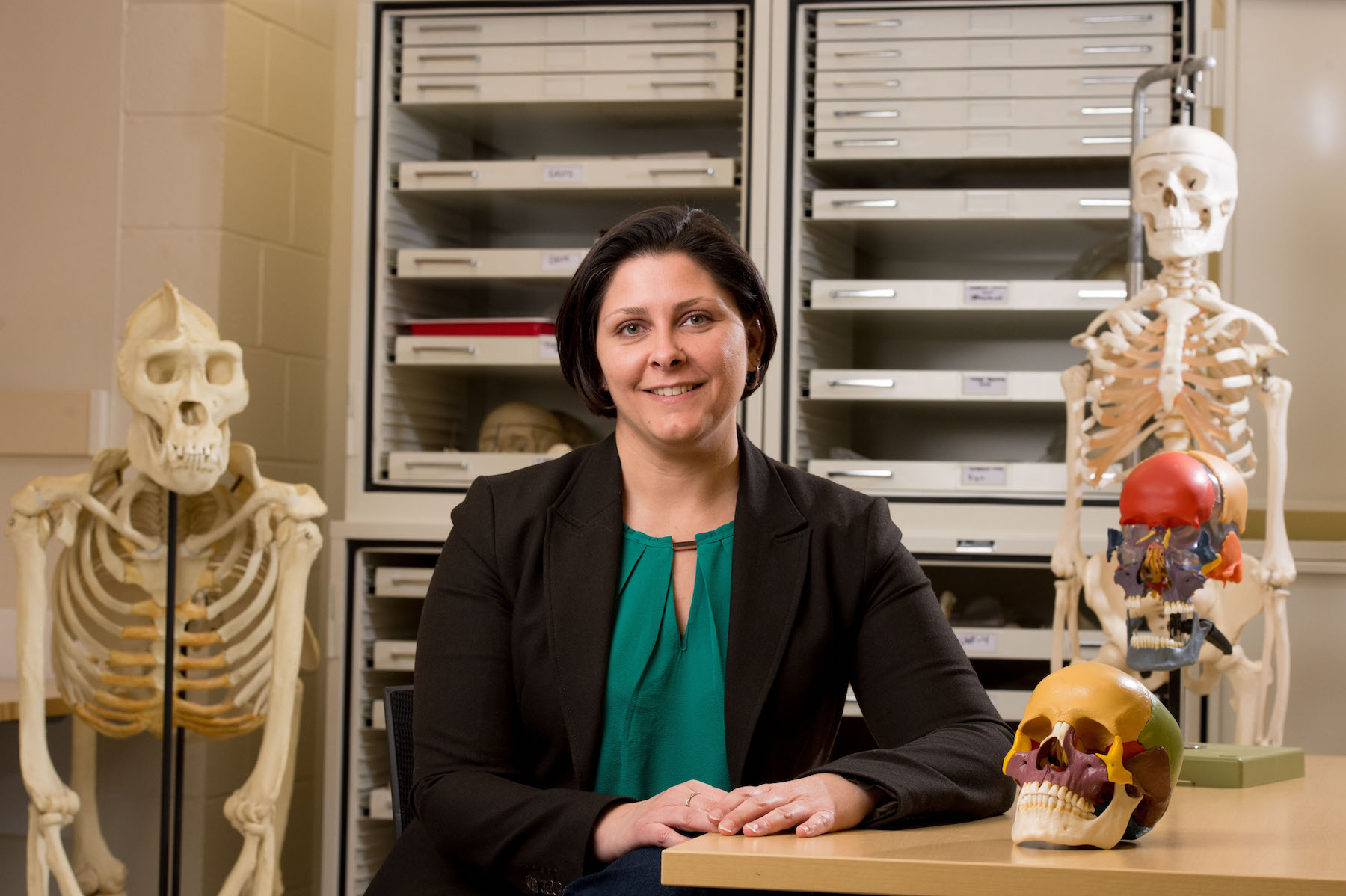 The NEH awards only about 80 of the prestigious stipends to recipients annually across the country.

The $6,000 stipend will allow Killgrove to analyze 54 skeletons this summer at Oplontis, a villa located in southern Italy near the ancient city of Pompeii that was buried in ash from the volcano.

While the destruction of Pompeii is well studied, not as much is known about the associated villas that were also destroyed by the eruption.

“This huge villa included essentially an Olympic-size swimming pool,” Killgrove said. “The skeletons were found in an associated building that seems to have been a sort of merchant-type area. They seem to have been an import-export wine business.”

Killgrove will perform research at the ancient site for six weeks. She will create 3-D models of the partially excavated remains and an osteological analysis of all 54 skeletons, which were discovered between 1984 and 1991.

While the residents of Oplontis perished because of the volcano, Killgrove said the study of their remains could determine the exact cause of their deaths.

“In some sense, it’s sort of a forensic excavation,” Killgrove said. “We know that they died all at the same time. We’re not entirely sure how.”

A massive earthquake devastated Pompeii and surrounding areas only 17 years before the eruption. Those areas were still being rebuilt when Mount Vesuvius erupted, Killgrove said.

“What I’m trying to do is actually small-scale environmental reconstruction,” she said. “Through the human remains, since we know exactly when they died, we can work backward through the skeletons to see what effects on humans the 62 A.D. earthquake had.”

For more information about the anthropology program at UWF, visit uwf.edu/anthropology.