Many people realize the dangers of texting and driving. It’s obvious why they do not mix. 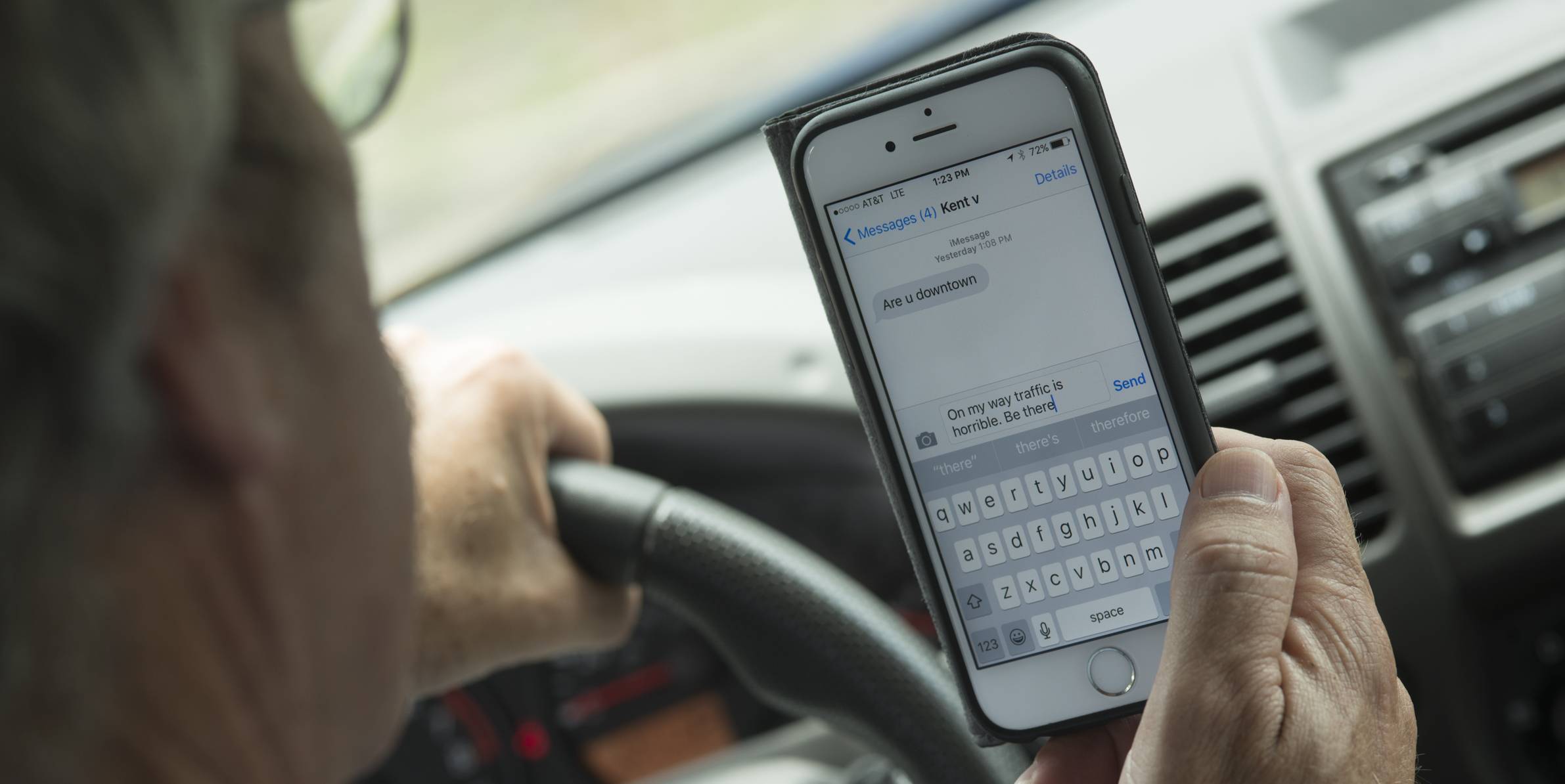 When texting, hands come off the wheel, eyes come off the road and minds wander away from the task of driving. This means that texting covers the three major type of driving distractions that researchers study: manual, visual and cognitive.

The ubiquitous cellphone is a major cause of distracted driving.

In a study by the Center for Disease Control and Prevention, 69 percent of U.S. drivers reported that they talk on a cellphone while driving, and other studies show that many of the millions of cellular users do not realize how distracting talking on a phone can be.

Why?  Because of cognitive distraction — when the mind is focused on something besides driving.

According to the National Highway Traffic Safety Administration, texting and cellphone usage are not the only causes of distracted driving. Distracted driving is any activity that could divert a person’s attention away from the primary task of driving. A partial list of what counts as distraction includes things such as eating, drinking, attending to passengers, grooming, watching a video, adjusting a radio or setting temperature controls.

Distracted driving does not just happen with cellphones. Eating, drinking and paying attention to passengers are all common distractions.

There is a common misperception about splitting attention between driving and doing something else, said Dr. Steven Kass, a psychology professor at the University of West Florida who studies distracted driving.

People are not actually splitting their attention, Kass said, but swapping it back and forth every few seconds. So talking on a cellphone, which involves attention, planning and language, is a definite cognitive distraction, even if the device is hands-free.

Kass also said preliminary evidence from his studies suggests that the cellphone is a cognitive distraction even when it is not in use.

“People are wondering who called or what is going on with the phone even though it is not actually in their hands,” Kass said. “The best thing to do is turn off the phone and put it in the glove box or in the back seat.”

You can also get a free app that sends an automated message to people who text or call while you are driving, informing them that you will get in touch with them later.

Kass has one on his phone.

With the phone out of sight and use, drivers are not curious about what information is flashing on the screen, who is calling and what they might be missing.

In other words, they experience less cognitive distraction.

People often ask how talking on a cellphone is different from talking to a passenger. Kass explained that a passenger in the car is likely to stop talking when another car approaches or in any other situation where the passenger senses the driver needs to focus more on the road. Someone on the other end of a cellphone, however, will just keep talking.

The same idea applies if something suddenly appears in front of the car. A passenger can act as another set of eyes and can warn the driver to slow down or watch out.

“The person talking to the driver on a cellphone would have no such awareness,” Kass said.