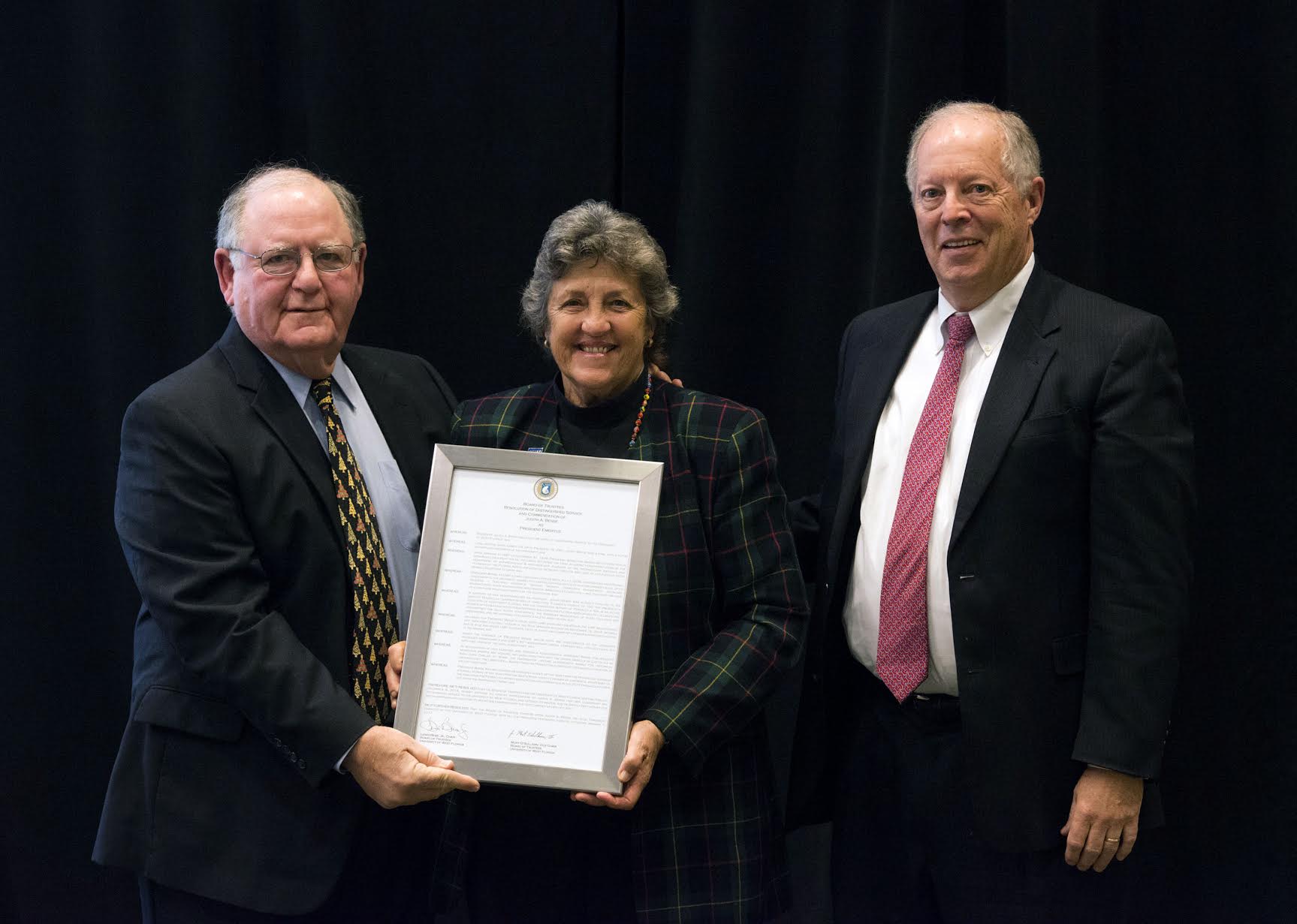 President Emeritus is an honorary designation reserved for university presidents who have made exceptional contributions to the institution. The board voted unanimously to adopt a resolution.

“Judy has been an outstanding president for this University and this designation is well deserved,” said Lewis Bear Jr., chair of the UWF Board of Trustees. “Even though she will no longer be president, her fingerprints are on everything. She will continue to be great support for our new President Martha Saunders, and we will always think of her as President Bense.”

Since taking office in 2008, Bense has focused on putting UWF on a trajectory of growth in both size and scope while also increasing partnerships in the community and developing connections throughout Northwest Florida.

“Long before being named the fifth president of UWF, Judith Bense was a vital force in the growth and progress of the University,” the resolution adopted by the Board stated.

Bense’s academic legacy spans across the university and the state of Florida. Prior to her role as president, she served as a UWF faculty member where she founded the UWF Division of Anthropology and Archaeology, which recently identified the archaeological site of the Luna settlement, and the Florida Public Archaeology Network, a statewide organization that brings archaeology to the general public in the United States.

“After 36 years at UWF and eight as president, this is an extraordinary honor,” said Bense. “I will always be proud of this title. When I got this job in 2008, it was the greatest gift possible. It has been a privilege. It’s been the biggest, most complicated thing I have ever done. I will always think of my years as president in that way.”

With the honor, Bense becomes the second president in UWF’s 50-year history to be named President Emeritus. Dr. Morris Marx, UWF President from 1988 to 2002, was the first to earn the designation.

View the entire Board of Trustees resolution here.