Pensacola – Jonathan Fink is a professor and the director of creative writing at the University of West Florida, where he also edits Panhandler Magazine and Panhandler Books. 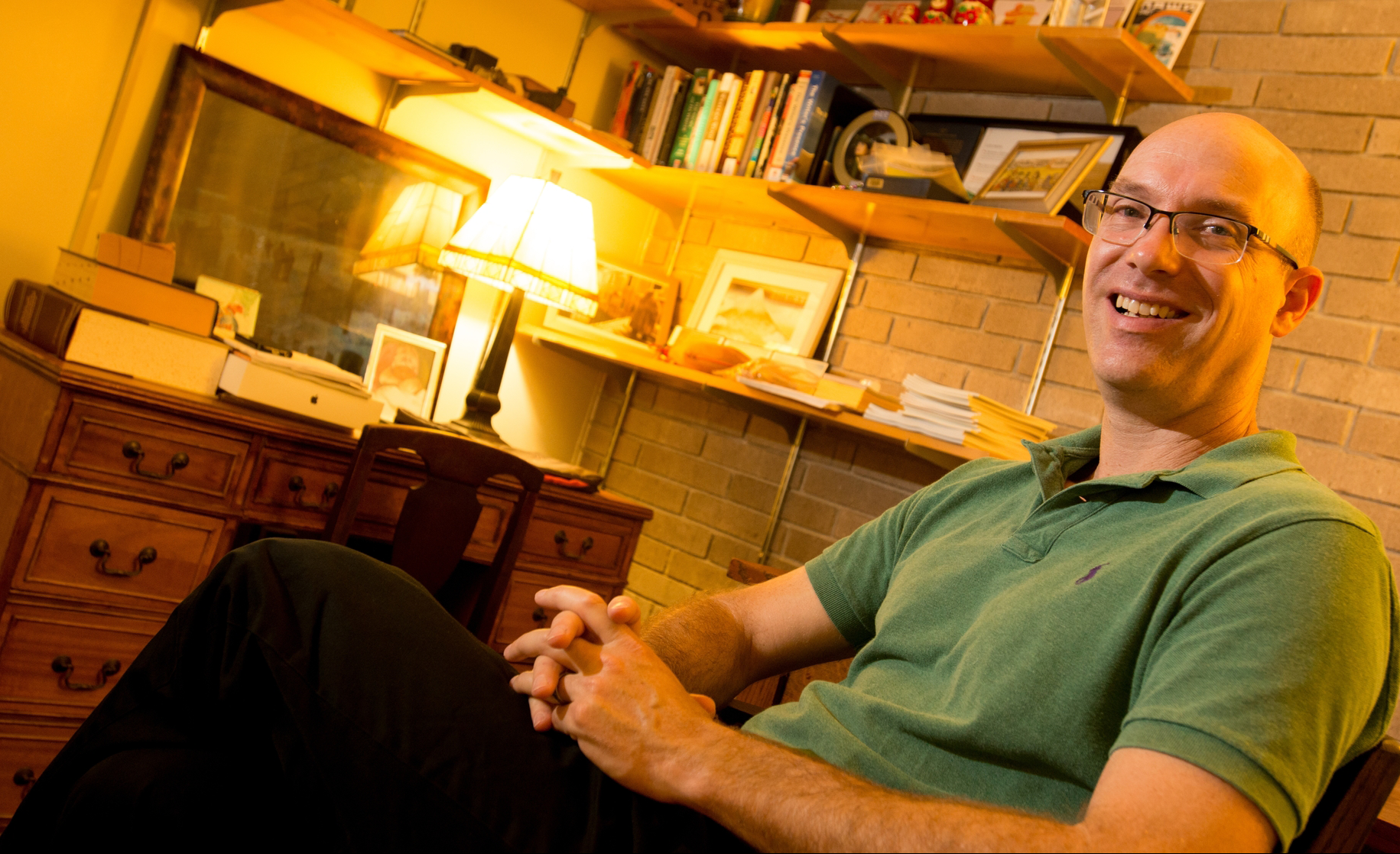 He is the author of two poetry collections. His first, “The Crossing” received the Bronze Medal in Poetry in the 2015 Florida Book Awards and was a finalist for the Bob Bush Memorial Award for First Book of Poetry from the Texas Institute of Letters. His latest book, “Barbarossa: The German Invasion of the Soviet Union and the Siege of Leningrad” is slated to be released in November. His poems and essays have appeared in The New York Times Magazine, Poetry, New England Review, TriQuarterly and Slate, among other publications.

Q: How did you initially become interested in poetry?

Fink: When I was younger, I always enjoyed poetry. My father is an English professor and a writer. And so, we would always go to reading events. It’s something I’ve always been around. Sometimes writers will tell you that since the age of 8 years old they wanted to be a writer – identified a specific age. That was never really my experience. I was not someone who said, “Oh, I want to be a writer.”

But, I was always drawn to the act of writing, the process of writing itself. And, that’s something that in some ways has carried through today because I rarely introduce myself as a poet, but I certainly think of myself as someone who writes poetry.

So, it’s more about the value of the writing process than it is about necessarily an identity as a person. What I was drawn to specifically in poetry is it’s the genre where I could include all of my interests in one space. When you are writing a poem, you are simultaneously considering the story, the meaning, the imagery, the rhythms, the musicality of language, and the implications of language, among other items. And so, you have an attention to a poem and the creation of a poem that incorporates all these components more so than maybe other art forms.

Q: What are the themes that you touch on in your work? And, how were you drawn to those themes?

Fink: I have a range of interests. I have written quite a few things that are informed by historical events. In my first book, there is a long section about the Triangle Shirtwaist Factory Fire (The 1911 fire in New York City killed 146 people, most of them young women who had just immigrated to America).

A book of sonnets that’s coming out in November, all of those are about the (German) siege of Leningrad (during World War II). With historical material, I tend to gravitate towards material about which I have complicated feelings, or that has a strong narrative or imagistic, moral component.

But also there must be space within those lines to invent, and within those stories to invent and to create and to imagine. What I don’t want to do is simply reiterate historical information. Everyone has read historical fiction and historical prose that feel like Wikipedia entries. You can just feel the research that’s being forced into that material.

The themes that I’m drawn to are where you have historical information, but you can also invent and create within that material.

Q: What led to your interest in the Triangle Shirtwaist Factory Fire?

Fink: Partly the tragedy of it. Additionally, the circumstance of how that was part of the formation of America in some ways. The identity of all those young women as immigrants who passed away in the fire.

I started working on the poem not long after 9/11, and many of those images from the Triangle fire repeat in 9/11. In the fire, so many of those women perished by jumping out of the building. That imagery returned in 9/11 when people were jumping from the World Trade Center. I think all of those things were cycling together. More than anything, the choice of material for writing is an impulse I feel toward something rather than an explicit intellectual choice.

Q: What are the most important things you stress to your students in creative writing classes?

Fink: I would say there are probably two important things I stress most frequently. First, whatever piece a student is writing, it’s important for the student to remember that the piece is not a translation of experience. A lot of times the student will think, “Ok, I had this experience, now I want to put it on the page.” Instead, the student should be aware that the piece becomes an experience in and of itself through writing.

That experience can certainly be informed by your personal experiences, but it’s also generating its own expectations as a work of art that needs to be followed through – its expectations, narrative, imagery, music – all those components plus others.

Second, I would say also that literature provides a space to look at the world in a complex way and to recognize that ambiguity and complexity exist around us all the time. So many students will come to my class accustomed to the writing process as ‘what’s my singular point,’ or ‘what’s my singular argument that I’m making’ and literature provides a great space to complicate that simple relationship.

Q: Why did you decide to focus on the German siege of Leningrad during World War II for your next book?

Fink: It came out of several components, both aesthetic and also practical. My first book, which came out last year, took a long time to write because most of those poems were all written individually, and I then accumulated them into a manuscript. What happens practically when you are working on a first book is that there’s a tendency to put in new material and then pull out old as you go along. And so, you’re forever kind of putting in and removing, putting in and removing. Sometimes it’s hard to have a dividing line, a clear line where a piece is finished. Some writers can do that indefinitely. So, when I felt like that book was at a place where it was complete, I wanted to embark on a project for a second book that would have a clear dividing line.

I knew I wanted to work on a larger project that was going to stand alone. Whether or not that would ultimately be accepted by a publisher, I didn’t know, but I wanted to work on a different project. At the same time, I had received a National Endowment for the Arts grant in which I had some money to travel, and then I was invited to a conference in St. Petersburg, Russia. There I visited the museum for the siege and got very interested in the subject matter as a kind of extension and outgrowth of the work I had done with the Triangle (Shirtwaist Factory) Fire. So, it’s kind of a companion piece of that work.

Chronologically, it covers the first year of the siege, from the invasion of the Soviet Union to the establishment of what was called the ice road over frozen Lake Ladoga in St. Petersburg – Leningrad then, St. Petersburg now. Once the ice road was established over the winter, that became kind of a lifeline. The total siege was 900 days approximately, but the book covers that first year.

What I like about the sonnet form, is it gave me a lot of different windows to access the material.