UWF professor, graduate students travel cross-country developing content for Next Exit History, in preparation for National Park Service's 100th anniversary Pensacola — A mobile app developed by researchers at the University of West Florida is  helping to make history more accessible, relevant and lucrative. That was the upshot of a roundtable discussion held Aug. 19 at the Voices of Pensacola Multicultural Center, in downtown Pensacola. 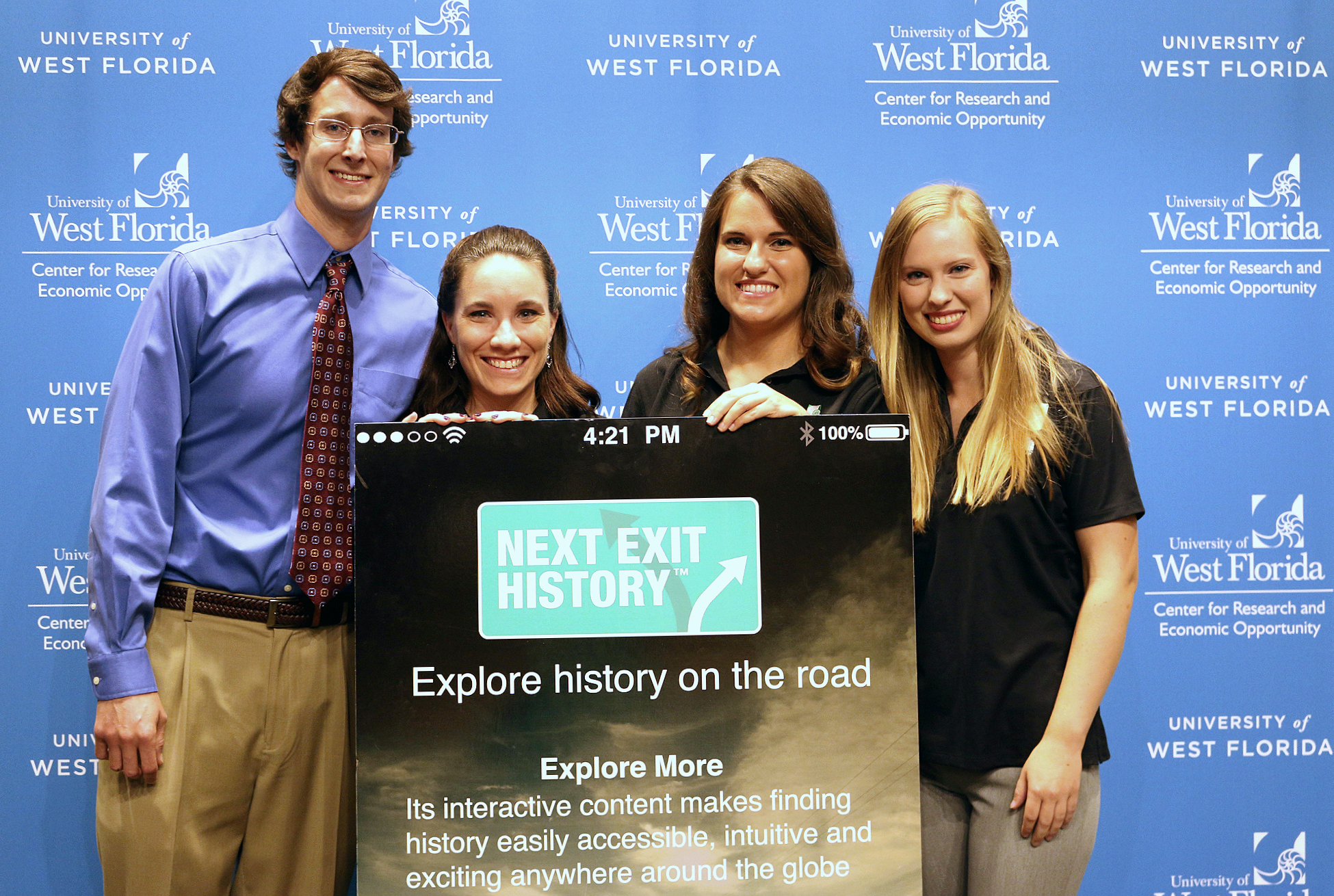 Pensacola — A mobile app developed by researchers at the University of West Florida is  helping to make history more accessible, relevant and lucrative. That was the upshot of a roundtable discussion held Aug. 19 at the Voices of Pensacola Multicultural Center, in downtown Pensacola.

The event was meant to showcase the work of UWF professor Patrick Moore and his graduate students, who spent 28 days this summer traveling the country and developing content for Next Exit History, to mark the centennial of the National Park Service.

Suzanne Lewis, a 34-year veteran of the service who now serves on the UWF Board of Trustees, said she hoped the app would allow the historic agency to reach new and wider audiences and remain relevant in an era of digital media saturation.

“My interest for the park service on its 100th anniversary is to really reach that demographic and those audiences that we have not necessarily been able to do through our traditional methods,” she said.

Next Exit History, conceived by Moore and his colleagues Dr. Jay Clune, Tim Roberts and Dr. Dave Dawson, is a GPS-based app that contains information on more than 60,000 historical sites around the nation. Moore and his students visited parks throughout the American West during their summer trip, adding 400 more entries to that tally along the way.

Moore said the app had transformative potential for the park service, noting that many individual parks had developed their own apps in recent years, only to have visitors shun them.

“The advantage of Next Exit History is you can download it here in Pensacola while you’re visiting Gulf Islands National Seashore,” Moore said, “and, as you travel across the West, you’re going to be able to just continually access new information, access new data. It’s all in one app.”

Lewis said she hoped the material Moore and his students developed would encourage more people to explore America’s public lands. 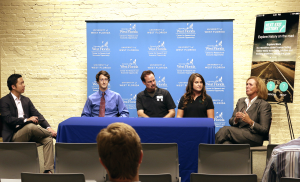 “There are 494 units of the national park system,” Lewis said. “Most of them are in your backyard or relatively close, but you don’t realize it.

”She said the park service had struggled to stay abreast of advances in digital media, at least partially because many of the service’s 494 units are ensconced by wilderness and inaccessible to cellular service.

She said the subject of putting cell towers on public land had remained a “controversial” one for many people, “because the infrastructure is perceived by some to be intrusive.” Next Exit History is helping the service “evolve” in its attitude, she said.

Lewis said Next Exit History is poised to help students, as well, by equipping them with the sort of cutting-edge skills that are in demand in today’s crowded job market. Lewis, who earned a bachelor’s degree in history from UWF, recalled how her own father had reacted when she told him she intended to become a historian. Incredulous, he asked whether she would “sell history by the pound,” she said.

Next Exit History, which partners with communities and organizations to underwrite the cost of content development, could provide an answer for students faced with similar questions, Lewis said, by creating job opportunities for budding historians.

Looking ahead, Moore’s students said they certainly hope so. Regardless of what the future holds, though, their experiences on the road this summer had at least one immediate benefit: It intensified their passion for the field.

Krystal Johnson, a graduate student in UWF’s public history program, took Moore’s course “The American West” before signing up for this summer’s road trip. She learned a lot in the classroom, she said, but the trip helped her learn in a way textbooks couldn’t.

“It  really makes you realize what drove people out there and how these cultures developed,” she said. “(Visiting) the places that were sacred to Native Americans, and standing there and looking at it — you don’t get that in a class. The coursework prepared us, but actually going there changed everything.”