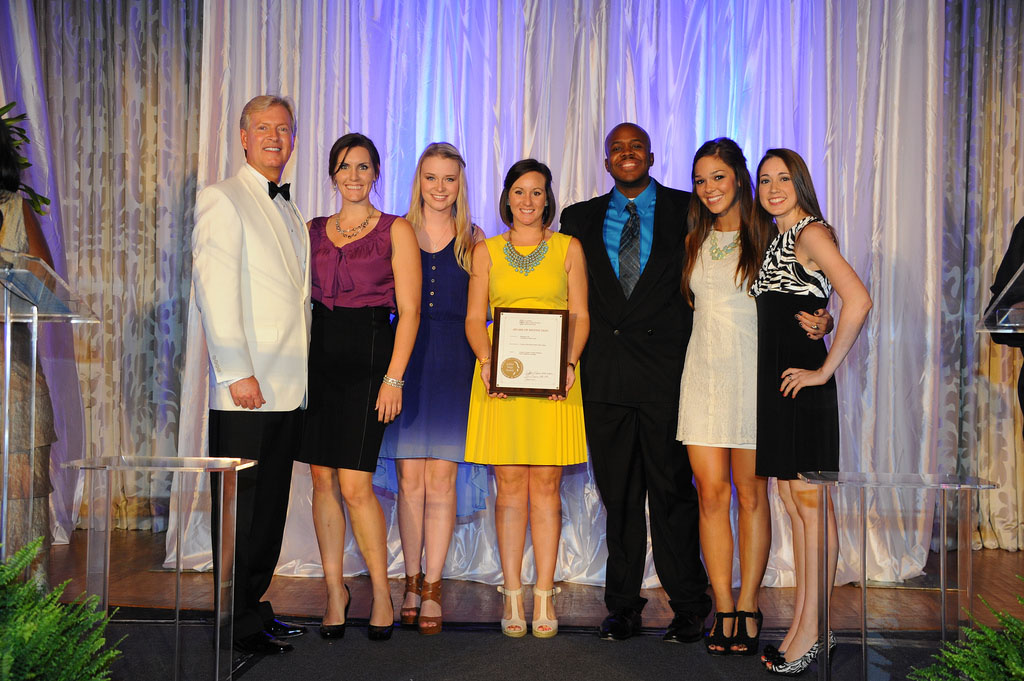 The award was presented at the 2013 Golden Image Awards Gala on Aug. 6, in conjunction with the FPRA’s 75th annual conference in St. Petersburg, Fla.

“The students in the PR Campaigns class worked as a cohesive team to produce a first-class campaign for the Friends of the West Florida Public Library,” said instructor Eileen Perrigo, APR. “The class functions as an agency with each student playing a specific role throughout the semester.”

UWF Wellspring Public Relations is a student-led agency, which is the capstone public relations campaigns class at UWF. Ten public relations students are selected to enroll in the class each spring. This innovative course, established in 2003, affords students real-world experience by compiling an extensive PR plan for a local nonprofit organization in the Pensacola community.

“Among all the universities competing for this award within the state of Florida, I am so proud that UWF won an Award of Distinction,” Perrigo said. “This is the ninth state award UWF public relations students have won in the past 11 years.”

Jillian Glenn, Wellspring’s creative director, was thrilled by the award she and her fellow students earned.

“It’s an honor to receive this award,” said Glenn. “It’s a testament to the hard work and dedication of our team, as we strived for months to create a plan that impacted our community.”

“The research and recommendations the class provided give us a road map for making our organization a better fit to our community and will enhance our partnership with the county’s library system,” said John Young, president of the Friends of the West Florida Public Library.

Wellspring PR has developed public relations campaigns for 10 nonprofit organizations in the Pensacola area, and it has been recognized with five first-place FPRA Golden Image Awards and three second-place FPRA Awards of Distinction. Wellspring PR is funded by the International Paper Pensacola Mill for underwriting the costs associated with publishing the books for the campaign.